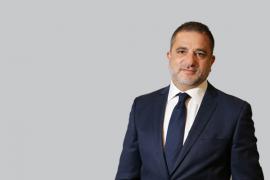 Karim Zarka is the Executive Director at Chedid Capital Holding and Chedid Insurance Brokers, leading on the group’s Marketing, Communication and Business Development.

Zarka started his career in 1992 with Kettaneh Group Holding in France, managing one of its key industrial subsidiaries. In 1994, he moved to Beirut to head the Telecom Division of Kettaneh Group. From 1999 to 2005, Karim set up and managed various telecom companies and joint ventures, specialized in value-added services and pre-paid calling cards in the Middle East and North Africa.
In 2005, Karim joined Grey Group in the capacity of Managing Director, where he established and managed the Doha operation. During his 11 years as Managing Director of Grey Group Doha, he successfully pitched and won some of the most prestigious projects and accounts, such as Doha 2016 Asian Games; Qtel; Vodafone; Commercial Bank of Qatar; Qatar Airways; Ministry of Public Health; Qatar Rail; Barwa Bank; Qatari Diar; and Qatar Financial Center, to name a few.
Prior to joining Chedid Capital, Karim was appointed as Managing Director at Memac Ogilvy’s Saudi operation. He holds a bachelor’s degree in International Relations and Affairs from the Beirut University College.