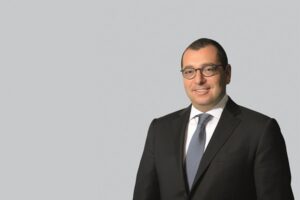 Farid Chedid is the Founder, Chairman and CEO of the Chedid Capital Holding group of companies. Starting with the launch of Chedid Re in 1998 – today among the top 20 reinsurance brokers worldwide and a Lloyd’s Official Broker – Farid Chedid’s two-decade journey has built a regional insurance and reinsurance powerhouse across the Middle East, Africa, and parts of Europe. Chedid’s leadership has been recognized with a slew of accolades over the years, including “The Middle East and Africa Industry Achiever of the year” by Global Re and Strategic Risk consortium in 2016. In 2017, 2018 and 2019, he was named among the “100 Arab Achievers” by Arabian Business, and among the “35 Most Influential Lebanese Businessmen” by Forbes Middle East in 2018. In addition to his numerous company board memberships, Chedid is an avid supporter of non-profit organizations as a member of the Board of Trustees at Notre Dame University, Lebanon; a member of the board of Endeavor, Lebanon; a member of Human Rights Watch, Beirut Committee; a UNDP Goodwill Ambassador and a Fellow of the Middle East Leadership Initiative (MELI), member of The Aspen Global Leadership Network (AGLN). A Fellow of the Chartered Insurance Institute of the UK, Chedid holds a master’s degree in Risk Management from the NYU Stern School of Business; a master’s degree in Finance from ESA/ESCP Europe; a master’s degree in Management from Université Paris IX Dauphine; and a Postgraduate Diploma in Maritime Law from London Metropolitan University.
Back to our people
Back to our people